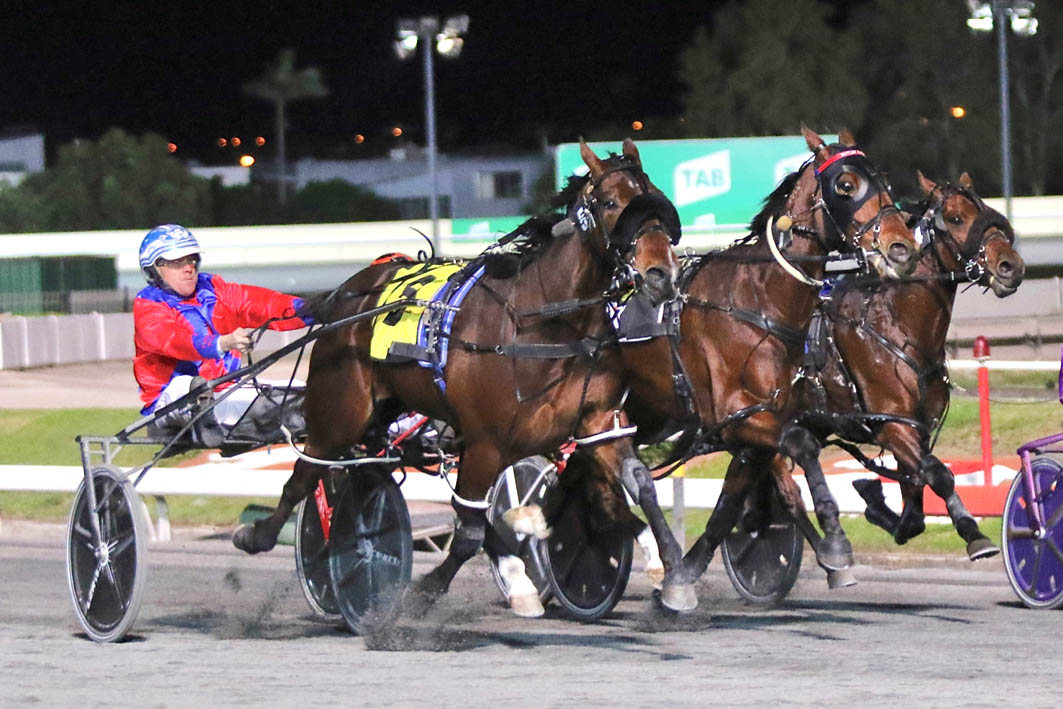 ON THE surface his run looked a shade disappointing, but according to trainer Jarrod Alchin the surface only tells part of the story. After...

ON THE surface his run looked a shade disappointing, but according to trainer Jarrod Alchin the surface only tells part of the story.

After gaining the run of the race behind in the leader in last weekend’s Group One Triad Final at Albion Park, My Ultimate Levi was expected to dash passed the frontrunner during the latter stages.

Instead the son of Betting Line appeared to do little more than hold his ground before finishing fourth – beaten four-and-a-half metres.

“He didn’t finish it off as I would have liked, but it wasn’t a bad run either,” Alchin said. “It was more inexperience.

“He just wouldn’t run into the sprint lane. He’d never gone down it before and Anthony (Butt, driver) said he was resisting it.

“Anthony said the whole way up the straight he wanted to go up the track not down and if he had of been able to come to outside he would have made it interesting.

“That’s two runs from a spell, and his inexperience in the Final a side, he’ll strip a lot fitter this time around.”

My Ultimate Levi is poised to return to the same venue on Saturday night where he is among the leading chances, along with his stablemate, My Ultimate Baxter.

To be driven by Nathan Dawson, My Ultimate Levi has drawn barrier five, with My Ultimate Baxter on his outside.

Boasting three wins and a second from four starts, My Ultimate Baxter will be partnered by Shane Graham.

“They are both in terrific shape and should fight out the finish,” Alchin said. “Melton Beach started favourite when third on debut last week so there must be a reasonable opinion of it.

“He comes out of two, which makes him the biggest threat to my pair.”