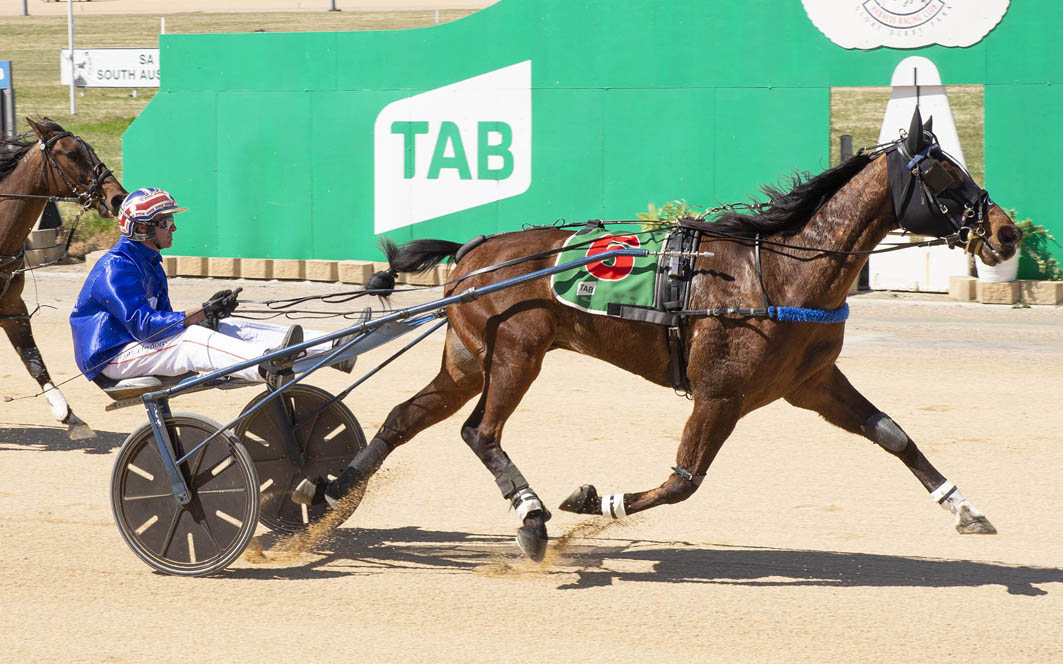 EMOTIONS were at a premium following the opening race at Globe Derby yesterday. Having recently made a difficult trip back to South Australia, trainer...

EMOTIONS were at a premium following the opening race at Globe Derby yesterday.

Having recently made a difficult trip back to South Australia, trainer Matt Maguire registered his first win since his mother Margaret died.

Dedicating the victory to his mum, Maguire’s success came via Gus Or Bust at his initial start since arriving home.

“It was very emotional to get that win for mum,” Maguire said. “She always loved the horses.

“She slowed up a bit in her older age but would come out the back and give them some grass.

“It wasn’t easy to get permission to come home having been denied twice, but I am glad I made it in time to see her one last time.”

Driven by Ryan Hryhorec, Gus Or Bust began well from his 30-metre back mark to quickly catch the field as Arctic Pegasus and Fairytale Hall led.

Angled three-wide around the final bend, the son of Angus Hall sprinted to a five-and-a-half metre win from Swaffham Success, with Arctic Pegasus 19 metres away third.

“I gave him a good chance even from 30 metres,” Maguire said. “It was down in class on what he had been racing in Victoria so he only needed to race at his best to win.”

Set to return to the troubled venue on the weekend, Gus Or Bust may not remain in Maguire’s care for much longer.

“I will race him again on Saturday night,” Maguire said. “He is actually sold pending payment.

“Once that comes through he will be off to Tasmania.”