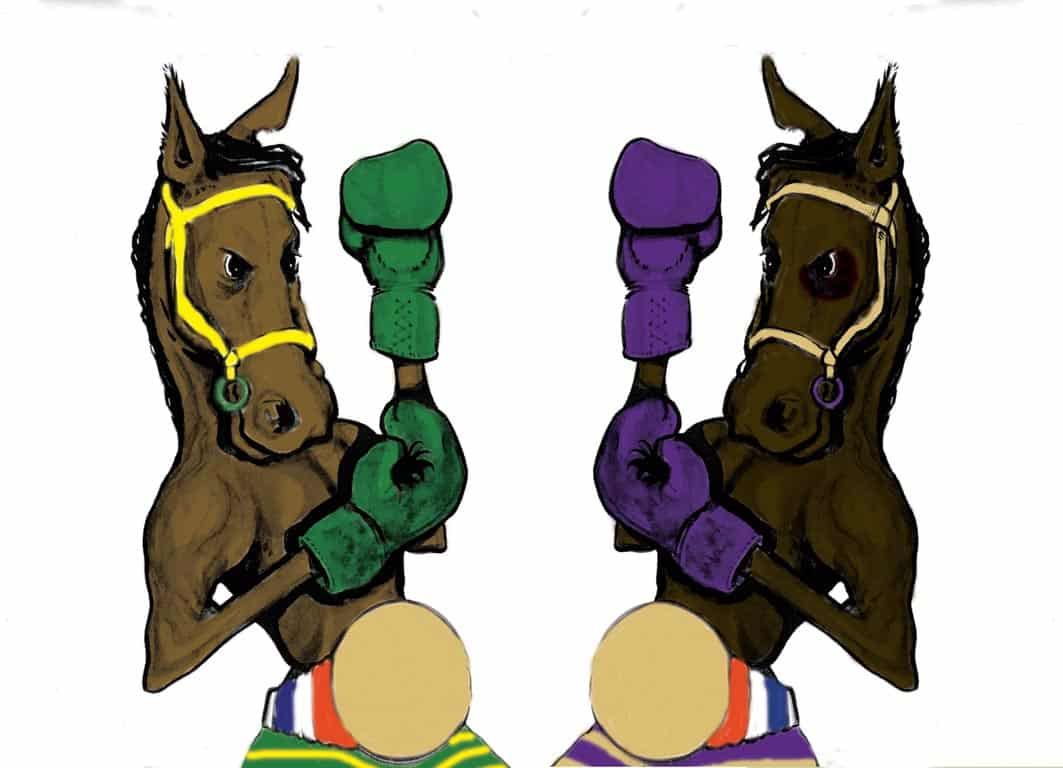 NO ONE heard the time keeper ring the bell to begin the next round, but a South Australian Harness Racing Club committee member has...

NO ONE heard the time keeper ring the bell to begin the next round, but a South Australian Harness Racing Club committee member has ‘come out swinging’ this morning.

With the troubled venue under siege from multiple directions, Chris Haskett has sent www.nationaltrotguide.com.au a statement this morning titled “HARNESS RACING in SA: THE REAL STORY!”

It is not the first time someone from the club’s committee has presented its ‘facts’ in such a manner, with President Ann Mowday launching a bizarre and scathing attack on Harness Racing SA last March.

In a printed booklet to the financially struggling club’s members Mowday accused Harness Racing SA of attempting to sabotage the club’s reputation for its own benefit, having ulterior motives, being in financial trouble and not paying its debt.

In her opening statement Mowday accused HRSA of being responsible for the bad publicity the club has been receiving in relation to its trouble land sale.

“There has been significant misinformation and ‘trial by media’ in recent months orchestrated by Harness Racing SA whose current sole aim is to not pay for race meeting fees” Mowday wrote.

Mowday also produced a bewildering video which was later deemed inappropriate by a State Government body which ordered the video be removed from circulation.

Today’s release also refers to wrong or misleading information in the media and attempts to “give a different perspective on the club’s present economic position to what has been portrayed in the media.”

According to the document insufficient funds from HRSA “has impacted significantly on the SAHRC annual income from 2006 to present day.”

The funding shortfall is based on a comparison where the club receives less per meeting than interstate clubs.

Even with the adjustment in figures, however, the club would still operate at a loss of hundreds of thousands each year for the past decade.

It should be noted a comparison to interstate clubs does not necessarily represent a true ‘apples for apples’ scenario for multiple reasons such as horse population, participant numbers and wagering income.

“The monetary payment for the upkeep of a harness racing track varies between states however the Operational Subsidy Fee paid to the SAHRC is way below the actual track maintenance costs,” Haskett’s statement reads.

“Essentially SAHRC have been subsidising stake money for the industry participants since 2005 to the detriment of the club`s financial bottom line.

“A new Racing Dates Agreement between HRSA and SAHRC was commissioned 1st July 2019 however the contract is still not signed by the two parties despite numerous attempts by the cub’s lawyer for completion of the document.

“Calculations using the Race Day Agreement of the “Head Lease” by the club lawyer have the total due currently at approximately $330,000.”

Returning money to the industry via stakes between 2004 and 2006 is another factor which has reportedly hampered the club’s ability to operate profitably.

“The SAHRC supported the industry by contributing $191,875 to stake money to retain the viability and credibility of the harness racing industry.”

A decrease in market share has also been identified as a factor contributing to the club’s demise as lower stakes means less participants which equates to less dinners during a meeting and therefore leads to an affected income stream for the club via its catering section.