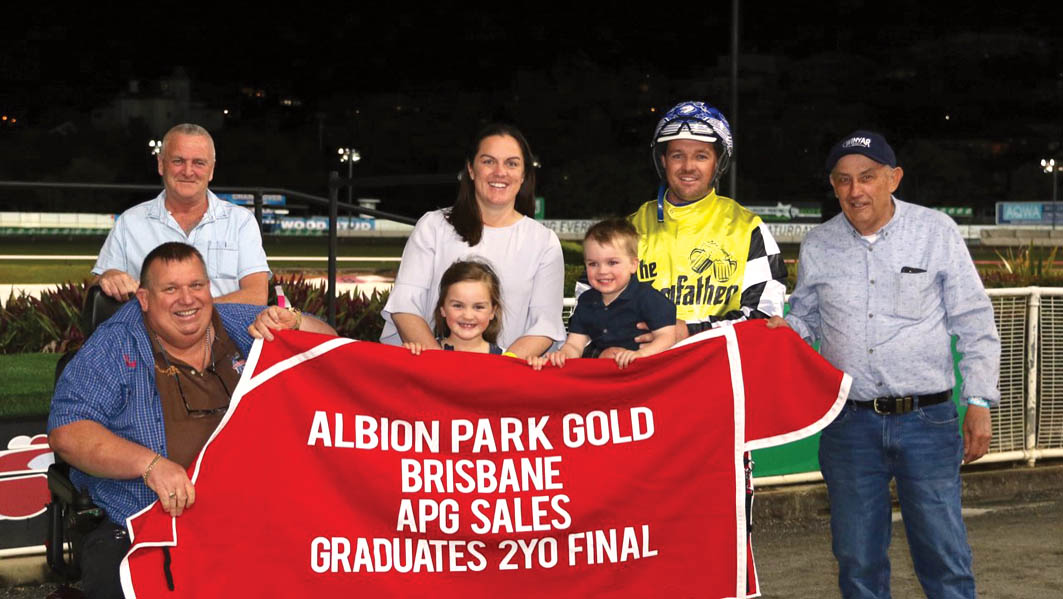 NEW South Wales horseman John Boserio has decided to extend his working holiday in Queensland – and for good reason. Not only is he...

NEW South Wales horseman John Boserio has decided to extend his working holiday in Queensland – and for good reason.

Not only is he currently enjoying a trip to the pub on a sunny 24 degree Brisbane day, Boserio registered his maiden Group One win as a trainer last night.

Originally planning to head home this week, Boserio has decided to “stick around” the Sunshine State a little longer.

“I have Happy Publicans running at Albion Park on Tuesday and after that was probably going to head home,” Boserio said.

“I was also going to tip Hes Sweet out now, but there is a race for him at Albion Park next week, so I will keep him going for that.

“With the great weather, great company and a great win on the board, I might stay here a little longer.”

Driven by Dean Cernovskis, Hes Sweet was settled two-back along the pegs from his second row draw as Our Ultimate Bonny led from barrier three.

With the front runner drifting away from the pegs along the back straight, Lillies was dashed through to take up the lead, with Hes Sweet also enjoying a saloon passage forward.

Angled into the clear around the final bend, the son of Hes Watching quickly sprinted to the front before staving off a determined Jasper to score by a neck.

Chamonix, a Grant Dixon-trained stablemate of the runner-up, was three-and-a-half metres away third.

“Dean wanted to go straight to the pegs at the start and I wasn’t sure, but he pulled the right rein,” Boserio said.

“With a run like he had he was always going to sprint quite well.”

“That’s my first Group One win as a trainer,” Boserio said. “I’ve won a Group One with Four Trumps as an owner

“I own him with Craig Lusby and Kenny Plunkett after we bought him at the Sales.

“We paid a little more than we planned, but he’s turning out alright.

“He won’t be a world beater but will hopefully keep getting better as he goes along.”

Princess primed to reign in Cup
MACH SHARD PROVES HE’S UP TO THE CHALLENGE
Fines wholly and partially suspended from four cha...
Top trotting mare to thrive around Menangle
About author