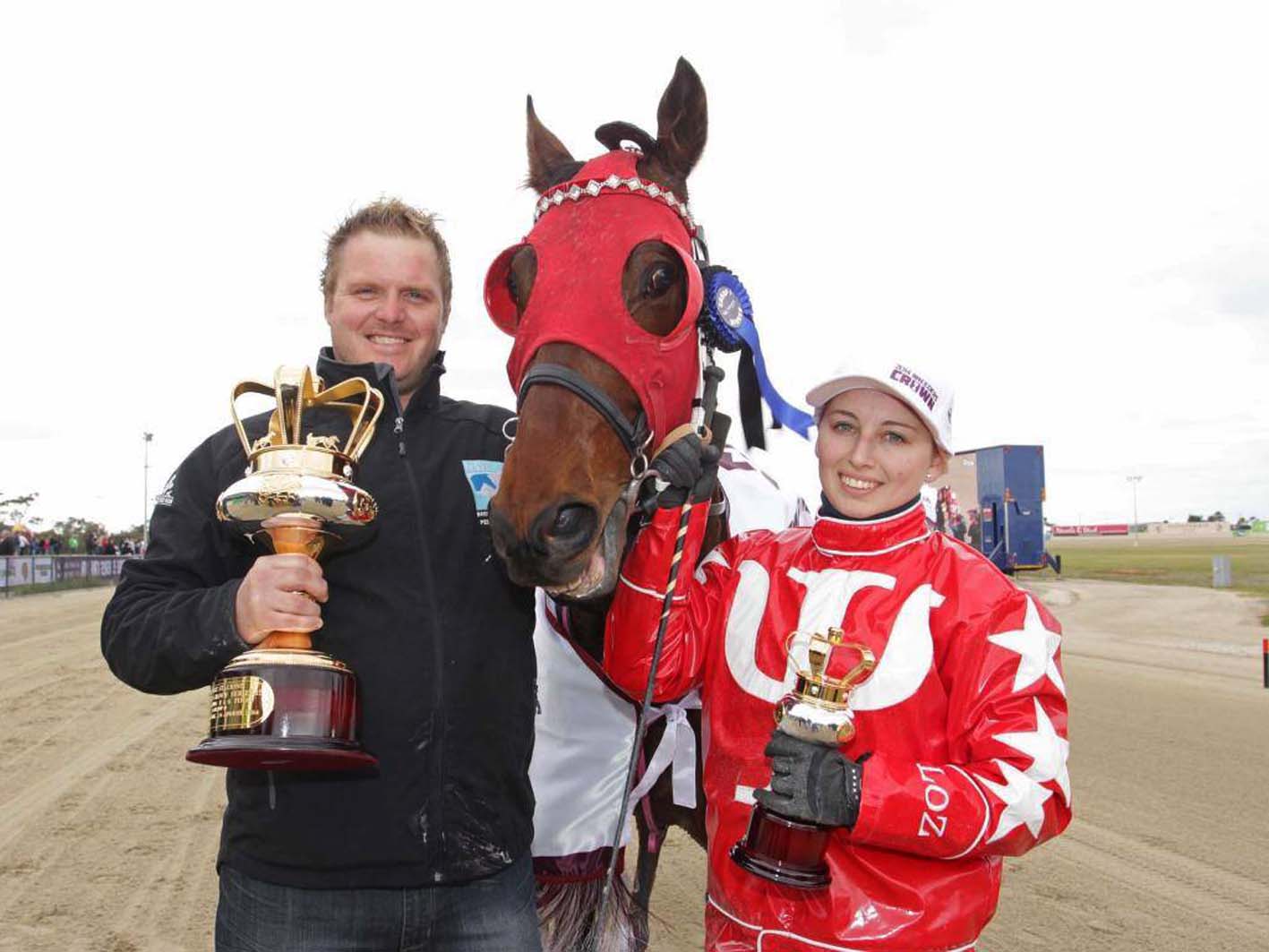 It’s not all about the money…

IT’S not all about the money… While income is major factor in their decision, it is not the sole reason Shane and Lauren Tritton...

IT’S not all about the money…

While income is major factor in their decision, it is not the sole reason Shane and Lauren Tritton have decided to leave Australia.

Although www.nationaltrotguide.com.au has known of the Trittons’ choice to move to America, it wasn’t until today the New South Wales couple were ready to make the news public.

Regarded as a ‘bombshell announcement’ within the industry, Shane stated the decision is based purely on “providing for my family”.

“Lauren and I have been discussing it for a while and came to the conclusion it is best for our family at this stage,” Shane said.

“We have been fortunate to be among the leading trainers and drivers in the state and have made a good living, but that doesn’t last.

“You only have to look through the past premiership winners in every state to see they aren’t necessarily at the top anymore…it always has and will go in cycles.

“There will be a day when we are not leading and want to provide for family and we don’t think it can be done with the way the industry is heading.

“We can’t see it being viable to stay leading for next 20 years so that means we can’t see the ability to support a family in the future and that’s the part that scares us.

“Keeping that in mind, if you’re not among the top 10 it is too hard to make money and we’re thinking about the long term viability of the sport.

“There are a hell of a lot more people in the industry other than the top 10 who aren’t making money.”

With his father Peter in America, Shane explained the chance to enjoy a different lifestyle was also a factor in the decision to move to the northern hemisphere.

“There a lot of other things involved for us as a family,” Shane said. “It is something we have wanted to do for long time and now is the right time for us.

“We are in a very lucky position to be able to make such a large move and are looking forward to building new a life over there.

“It won’t be easy leaving everything we have known behind, including the local industry we love, but we feel now is the time to try in hope of setting up long term security.

“Many of our owners have said they will continue to race with us in America and will be sending horses over with us, for which we are very grateful and excited to continue our association.”