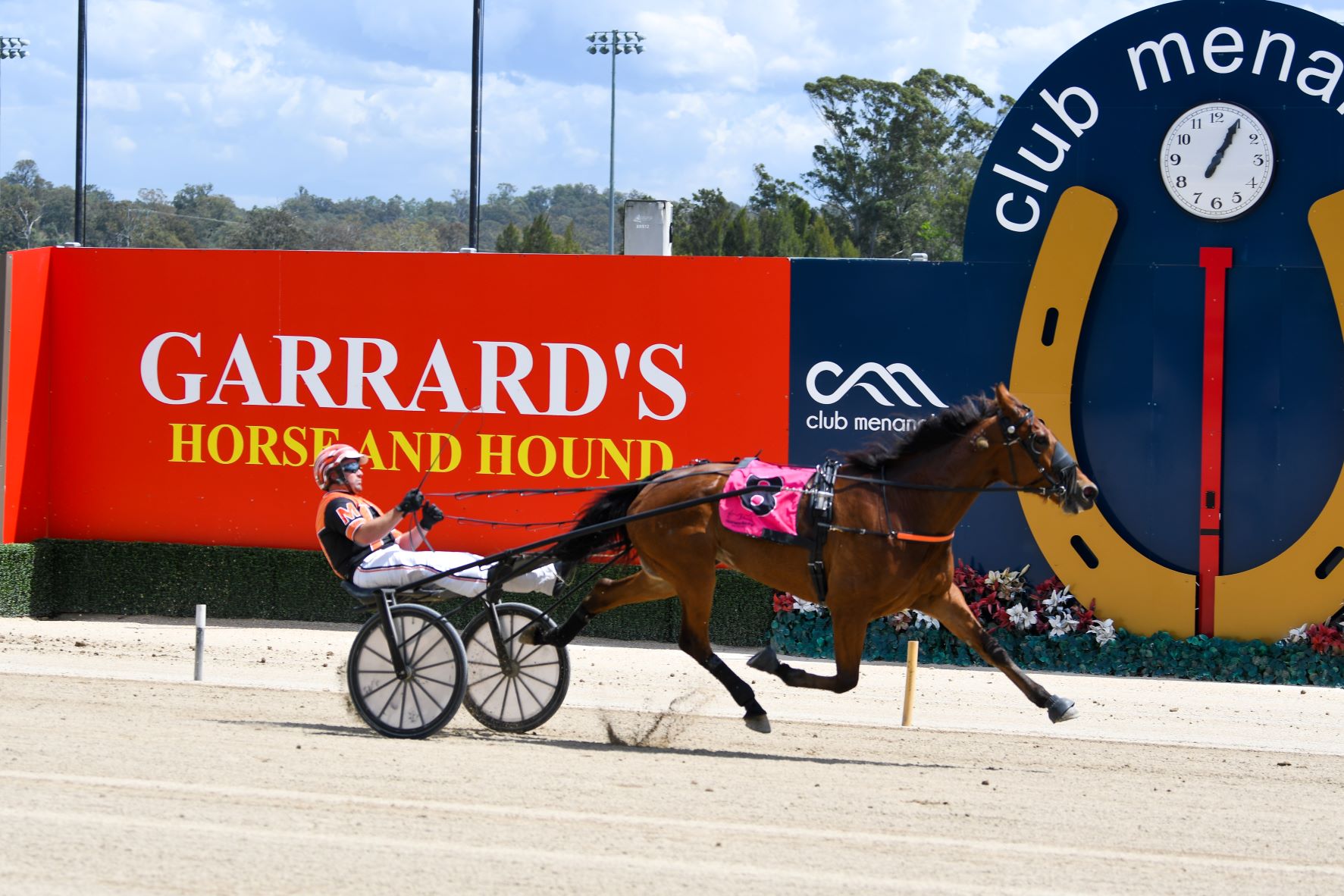 ANOTHER FIRST: Robbie and KerryAnn Morris combine to win the first race at Menangle on Tuesday with Sheza Pleasure.

Penrith46 Robbie Morris18
THERE is something about that first race each Tuesday at Tabcorp Park Menangle which sparks ace Sydney reinsman Robbie Morris. During the past six...

THERE is something about that first race each Tuesday at Tabcorp Park Menangle which sparks ace Sydney reinsman Robbie Morris.

During the past six weeks, on five occasions Morris has driven the first winner on the card, an occurrence that he would love to see continue.

“It is a pretty cool and unusual statistic that is for sure,” said Morris.

“But it is not something I have set out to do intentionally, it is just the way the cards have fallen.

“I guess it helps that it’s a trotters’ race usually the first race programmed each week and we have some really handy square gaiters in that grade at the moment.”

In fact, KerryAnn and Robbie Morris landed a double on Tuesday with two of their trotters when three-year-old filly Sheza Pleasure romped home to score in the first race and then four-year-old gelding Sunny Gee held on to a slender margin to win later in the program.

As in many past seasons, Team Morris has performed at the top of the game with KerryAnn training 95 winners for the 2021 season, and poised to bust through the 100-winner mark while Robbie sits on 107 winners in the drivers’ title.

They are heading to Penrith tonight with seven runners, KerryAnn will drive two of them and Robert is aboard the remainder.

“I am pretty keen on three horses that I am driving at Penrith tonight,” said Robbie.

“Letsplayuni (Race 2) has been dead-set luckless at his past few starts but gets his chance to turn that all around from an ideal barrier one draw.

“If he can lead, I think he will win.

“Miss Daytona (Race 3) has also come up with a nice draw in gate three so she should be able to find the front and from there control the race.

“She last won back on September 9 but her last start effort to finish second suggested to me that she is ready to win another one.

“I have again been blessed with a nice draw with Rockabella Starz in Race 6 and she drops a long way in grade from racing at Menangle, so I am keen on her chances despite her numerical form looking pretty ordinary.”

Both KerryAnn’s drives have drawn poorly out in gate six, but Miss Sonic Boom (Race 2) was a Penrith winner four starts back.

A winning double – and he’s still only...
Fatherhood comes first for Morris
That’s 1700 winners in the ‘ bank̵...
Riverina boy makes a happy return to old stomping ...
About author