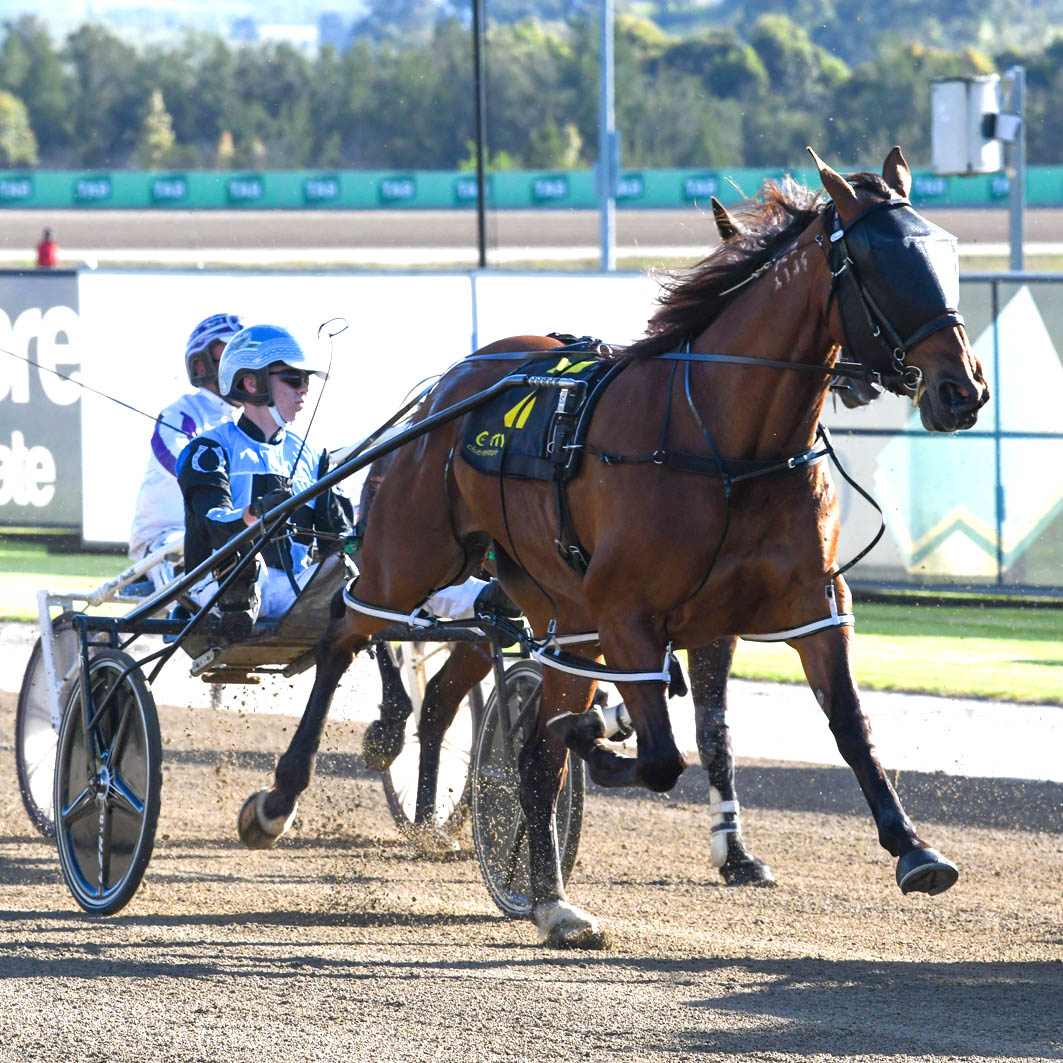 A DECISION to send Diamond Party interstate has reaped instant reward. Transferred on the advice of respected Victorian trainer Joe Pace a fortnight ago,...

Transferred on the advice of respected Victorian trainer Joe Pace a fortnight ago, Diamond Party made her debut for Jason Grimson at Club Menangle yesterday.

With concession reinsman Jack Brown in the cart, the daughter of Art Major was eased to the tail of the field from barrier seven as Ananais led.

Last as the pack turned for home, Diamond Party unleashed a scintillating sprint in the middle of the straight to score by a head from the pacemaker.

Bertie Jones, which led before being eased to take a trail, was two metres away third in 1:52.8.

“Joe felt the change of scenery would do her good and it’s certainly worked out that way so far,” Grimson said.

“I actually put her in that race to get her prizemoney up as I didn’t think she’d get a run on Saturday night, but she has.”

Diamond Party’s weekend engagement will see the four-year-old return to Club Menangle for the Ladyship Stake, where she has drawn barrier three.

The mare’s rivals include her classy stablemate The Stunning Nun, which has drawn the widest of the eight starters.

“This will be a good test for her,” Grimson said. “She showed she can finish quickly when coming off the pace, so the likely quick tempo could play into her hands.

“The Stunning Nun has been working a treat and remains the one to beat.”