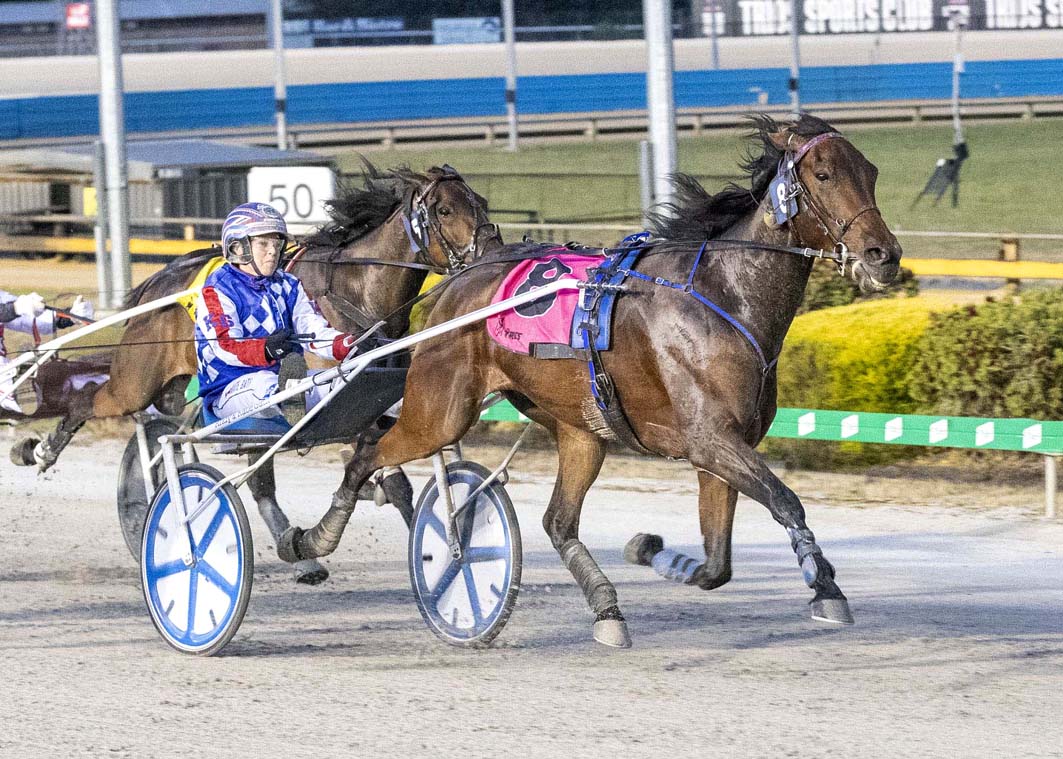 Champ drawn to collect another Group One

FRESH from becoming Australasia’s latest millionaire, champion Tornado Valley will attempt to add another Group One to his remarkable tally. Just to recap, Tornado...

FRESH from becoming Australasia’s latest millionaire, champion Tornado Valley will attempt to add another Group One to his remarkable tally.

Just to recap, Tornado Valley’s success at Tabcorp Park Melton on December 4 saw him become the ninth trotter bred on this side of the equator to earn more than $1million.

Amazingly, almost four decades after her retirement, Scotch Notch with a bankroll of $670,755 is the only Australian squaregaiter in the top 20 southern hemisphere-bred money earners, which is crammed with Kiwis!

As for Tornado Valley’s pending assignment, the Andy Gath-trained veteran is engaged in Saturday night’s Maori Mile in Bendigo.

The son of Skyvalley captured the 2019 and ’20 editions of the Group One before missing last season’s running, which was won by his stablemate, Mclovin.

Gath was also triumphant with Glenferrie Typhoon in 2016.

To be driven by Gath’s wife, Kate, Tornado Valley has drawn to lead throughout from the pole.

TAB Fixed Odds has reacted by listing the gelding as a $2.30 favourite, with American-bred mare Aldebaran Revani considered the main danger at $4.80 from barrier six.

The daughter of Donato Hanover won her previous six starts at Club Menangle before being sent for a spell.

“He is in great shape and has the right draw,” Gath said. “There is a bit of speed on his outside, such as Magicool, which has crossed him before, and Aldebaran Revani, which can come out fast…hopefully he can hold them out.

“This will be his only run before the Great Southern Star in a few weeks.”