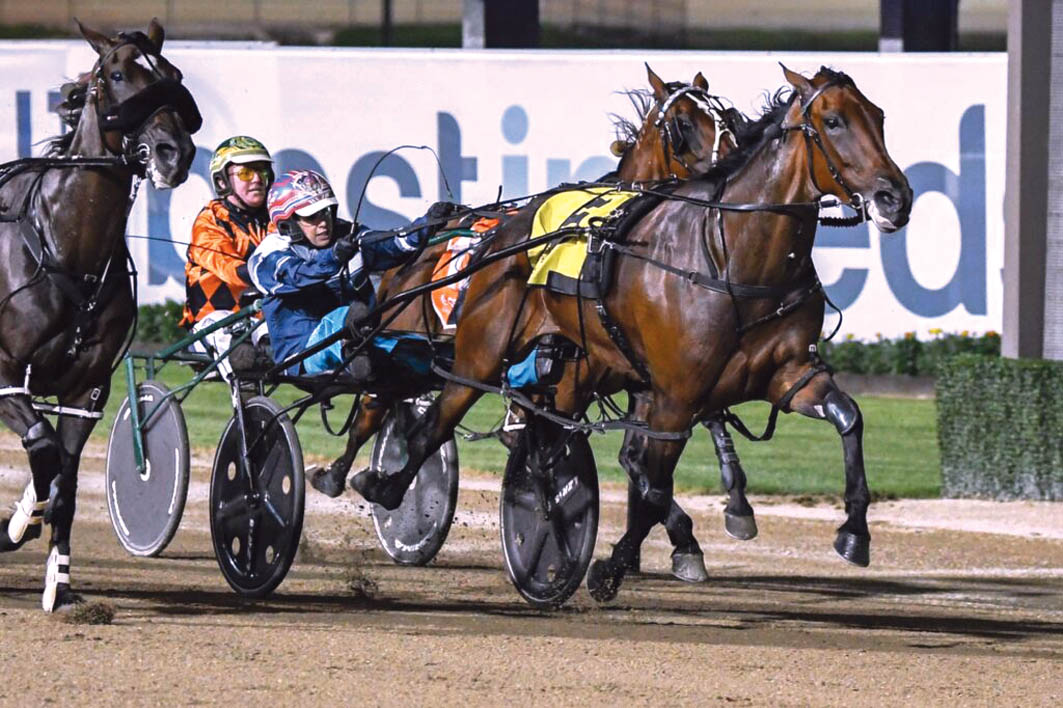 QUALITY mare Maajida has joined an elite group thanks to her win at Tabcorp Park Melton just moments ago. Overcoming a torrid draw Maajida...

QUALITY mare Maajida has joined an elite group thanks to her win at Tabcorp Park Melton just moments ago.

In doing so the Emma Stewart-trained daughter of Somebeachsomewhere became just the second pacer to complete a clean sweep of the futurity’s Finals.

Maajida captured the two and three-year-old Group Ones in 2019 and 2020 before outclassing her rivals in the four-year-old decider.

“We never doubted she could get the hat-trick,” Stewart said. “The draw presented a concern, but nothing to say she couldn’t win.

“She’s been a great mare all along and her record proves that.”

With Greg Sugars in the cart, Maajida was quickly extradited away from the pegs to be three-wide and searching for the lead soon after the start.

Allowed to stroll along in front, Maajida scored by six-and-a-half metres from Spellbound, with Sew What a head away third.

“Greg drove her perfectly and certainly got the best out of her,” Stewart said. “Once she found the front she was always going to be hard to run down.

“I couldn’t see her being beaten from that point.”

Maajida rated 1:53.5 over 2240 metres to join Colbruce as the only pacers to win the three Finals.

The Noel Shinn-trained colt was triumphant as a two-year-old on June 1, 1996 before the event was declared a “No Race”.

Returning to Moonee Valley a fortnight later, Colbruce was once again victorious in what was a fitting win.

The son of Muckalee Strike was then successful as a three-year-old in May 1997 and at four in December ’97.

Trotters have a superior ‘clean sweep’ record, with four squaregaiters part of the group.

APG offering a world first!
Steph, Bryse and Aleisha first in line for Club Me...
Keeping a lid on the excitment
APG purchase captures The Meadows feature
About author