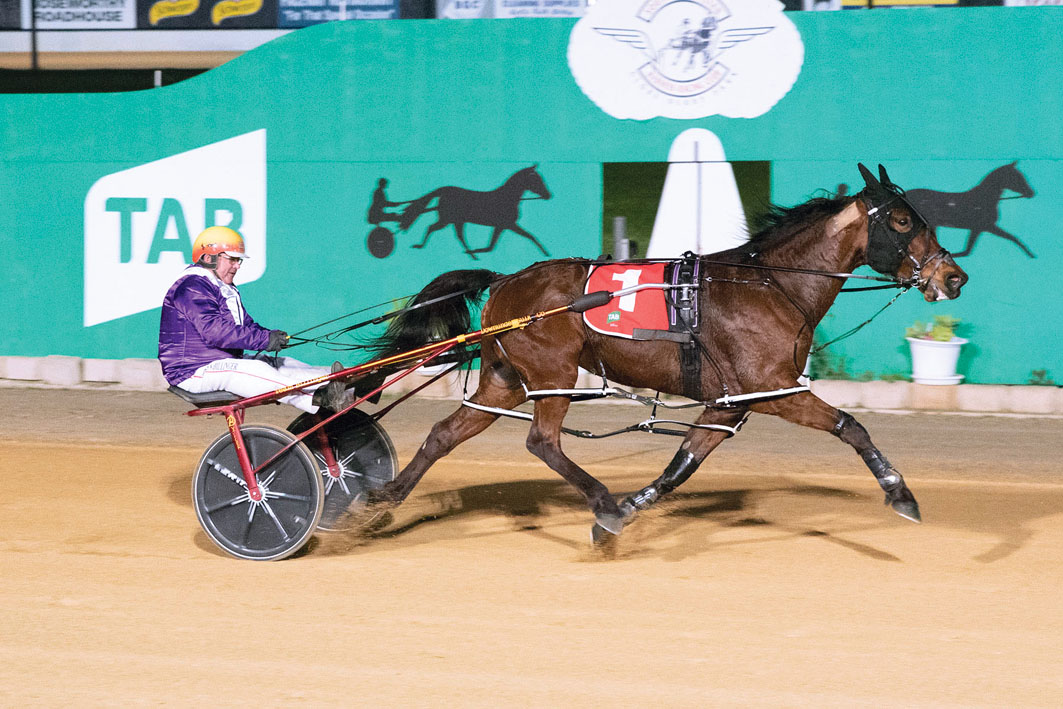 CONNECTIONS of handy mare Paige One hope history can repeat itself when she competes at Globe Derby on Saturday night. Last month trainer Stephen...

CONNECTIONS of handy mare Paige One hope history can repeat itself when she competes at Globe Derby on Saturday night.

Last month trainer Stephen A’Court headed to the troubled venue hoping Paige One “could maybe run second” in the Allwood Sale Series Final having been hampered by a “mixed preparation”.

To A’Court’s delight, the daughter of Sunshine Beach caused an upset to capture the feature with seasoned horseman Darren Billinger in the cart.

Fast forward to this weekend and Paige One is again engaged in an Allwood Sale-orientated race.

“It would be nice if she can do it again,” A’Court said. “Her form before and since then has been really good and I give her a chance.

“It’s only a small but even field and you could almost run it half a dozen times and get a different winner each time.”

To be driven by Billinger again, Paige One will begin from barrier four.

Runner-up as the favourite during the previous Final, The Queen Of Heart heads the market once more at $2.50 from gate five.

“As I said, it is a pretty even bunch,” A’Court said. “The Queen Of Heart is a nice mare, but Hesashark hasn’t gotten to a National Rating of 77 for no reason.

“He’s first-up and drawn the widest in six, but can’t be taken lightly.”

Group Ones and an escape from winter
No surprises in opening semi-finals
Another interstate trip on cards for undefeated fr...
The Ultimate night to remember for Cam
About author