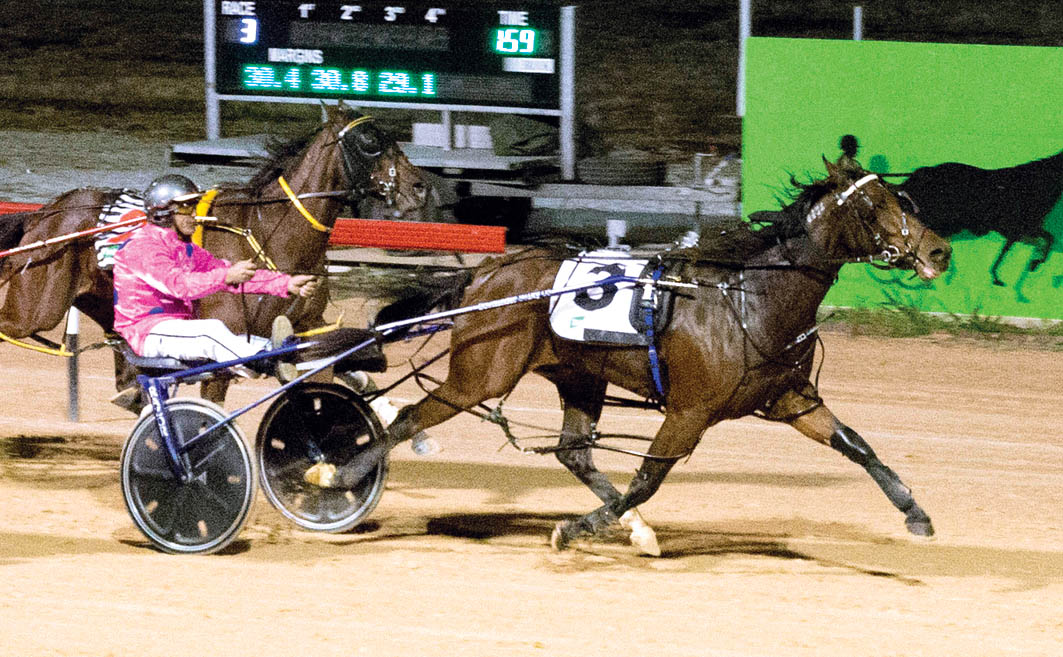 Drawn to break through for well-deserved win

CONSISTENT pacer Just Cappy has a prime opportunity to break through for a well-deserved win at Globe Derby on Saturday night. Successful at his...

CONSISTENT pacer Just Cappy has a prime opportunity to break through for a well-deserved win at Globe Derby on Saturday night.

Successful at his last two-year-old start in August, Just Cappy has been among the placings during his three outings this term.

The gelding’s latest was a second in Kapunda despite racing greenly.

“He was never comfortable at Kapunda,” trainer Jill Neilson said. “It was a mistake to take him there and is something I won’t do again.

“Dani (Hill) did a good job steering him.”

To be driven by Hill again, Just Cappy has drawn to settle in a prominent position from the pole.

Two starts back the son of Courage Under Fire led from barrier two before being eased to take a trial during the middle stages, eventually finishing third behind Hesashark and Maharajah.

The widest drawn runner in seven, Maharajah is again among the rivals.

“I’m pretty happy with his draw,” Neilson said. “He should be able to get a good run along from there.

“Heather Steven’s horse (Maharajah) is a pretty nice type and is the one to beat.”

With no immediate plans for the three-year-old, Neilson has set the Southern Cross Series as Just Cappy’s long term target.

“There is nothing specific in mind for him,” Neilson said. “Just find the right races.

“He is eligible for the Southern Cross so we will head that way.”