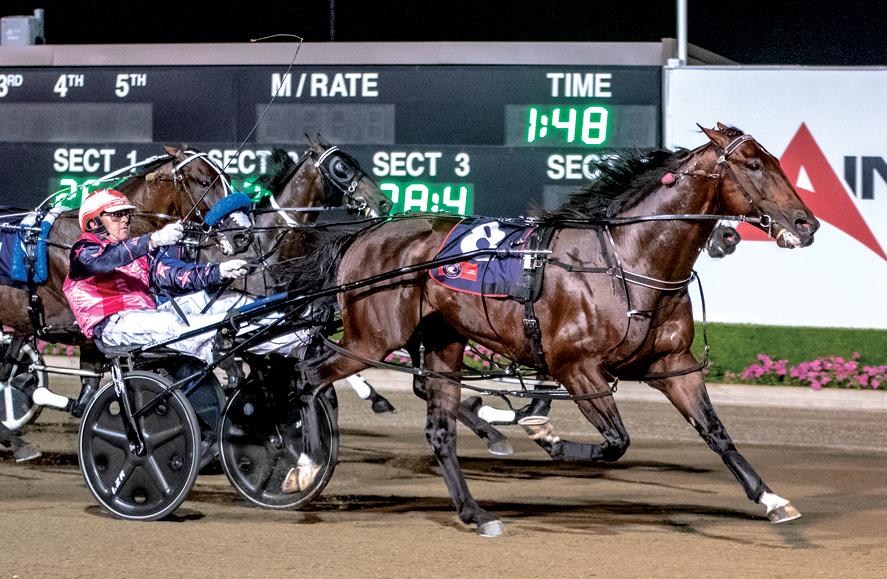 From death’s door to the racetrack

AFTER coming “incredibly close” to death, Poster Boy is poised to make his racing return. Touted as Australia’s next superstar pacer following his Chariots...

AFTER coming “incredibly close” to death, Poster Boy is poised to make his racing return.

Touted as Australia’s next superstar pacer following his Chariots Of Fire win and Miracle Mile third last March, Poster Boy returned for a first-up success on May 18 as trainer Emma Stewart primed the son of Somebeachsomewhere for the Vicbred Super Series.

To Stewart’s heartache Poster Boy missed the futurity after becoming seriously ill in what was diagnosed as a severe bout of pneumonia.

“He just got so sick so quickly,” Stewart said. “It was touch and go there for a while.

“He got incredibly close to losing the battle, but thankfully the vets were able to save him.

“We gave him plenty of time off to recover and be nursed back to full health and it is great to see him back as good as ever.”

Given a “long steady preparation”, Poster Boy is set to compete at Tabcorp Park Melton on Saturday night.

In what represents a drop in class on his previous campaign, the five-year-old has drawn the outside of the front row.

“The draw is not the best, but it’s only a small field of six,” Stewart said. “So no matter where he settles he won’t be far away.

“He’s ready to go, but whatever he does on the weekend he will certainly be better for the run.

“It’s just great to have him back at the races and main thing is to see him get through the race without any problems.”