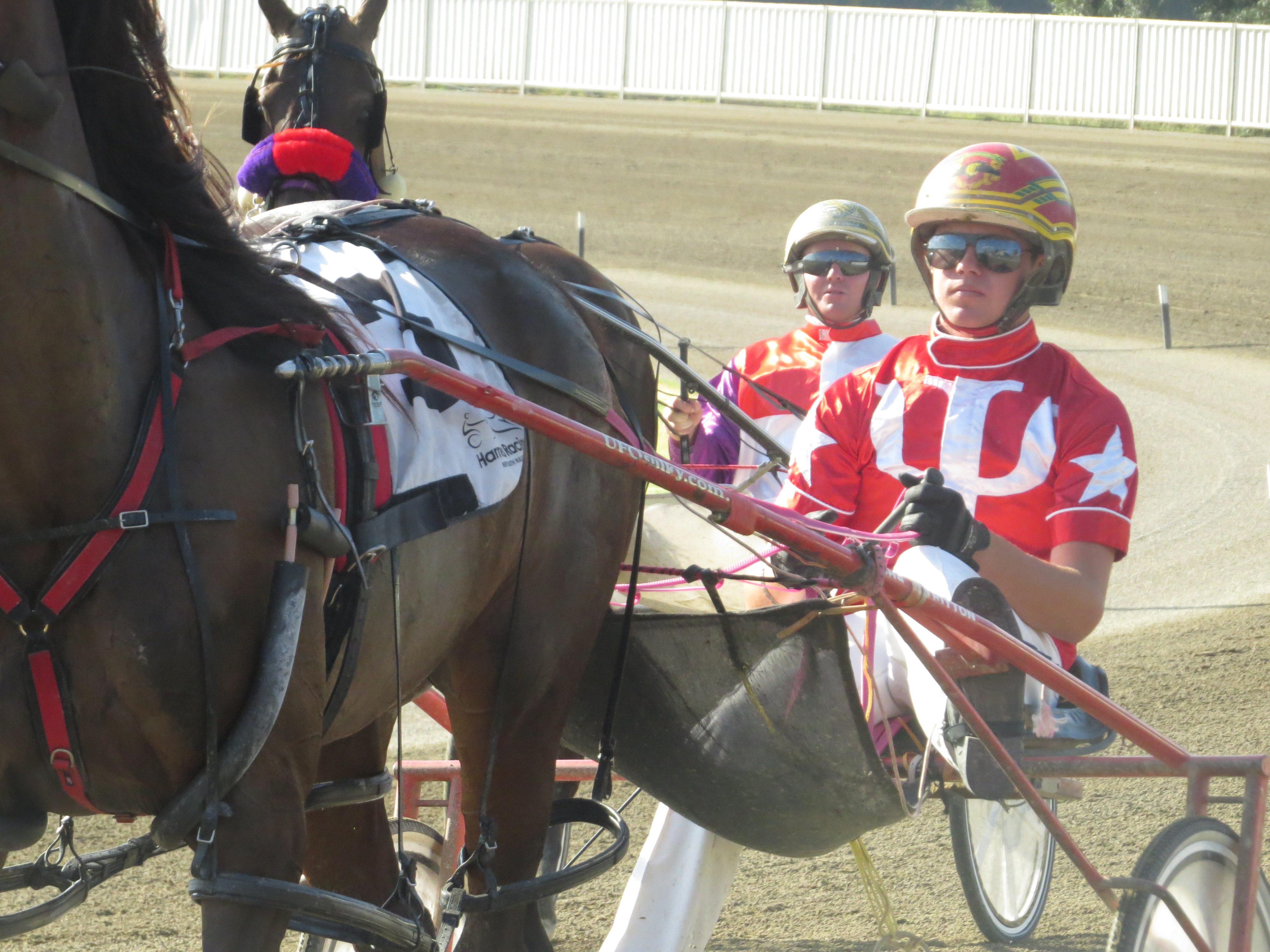 Geary’s back – and on a new mission

Chris Geary5 Newcastle39
HE could be very well known as ‘The Travelling Man’, but one of Sydney’s most talented young drivers, Chris Geary has returned home after...

HE could be very well known as ‘The Travelling Man’, but one of Sydney’s most talented young drivers, Chris Geary has returned home after a lengthy stint of driving in Queensland.

“I moved back with my partner, Ashleigh Delosa about three months ago so that we could help look after my Dad, who is fighting a very serious illness,” said Geary.

“I was working for Jack Butler towards the end of my time up north.

“He has a big team in work, and I enjoyed helping out.

“Ash has taken out her trainer’s license, so we are working both hers and Dad’s horses together out at Menangle.

“Ash is no stranger to the game having worked with the Grant Dixon stable, as well as for another successful trainer Ian Gurney.”

Geary was always destined to become a master of his craft as when he was quite young, his ability to drive shone through in the mini and maxi trotting events.

Then in December, 2013, he drove his first winner at Bankstown on a horse named Western Gailes, trained by his father John after the young reinsman had only held his license for just over a week.

From that point on, success came thick and fast for the young star and saw him land 136 winners in the 2015/16 season to finish second behind Todd McCarthy in the Junior Drivers Premiership.

The following season was even better for Geary as he notched up 149 winners to take the Junior Drivers’ title and he retained the mantle in 2017/18 after driving 105 winners.

“We are only training a handful of horses but have three of them racing at Newcastle tonight and I do think they will acquit themselves well,” said Geary.

“I am driving Brookessmartdancer for Ash in the first race.

“He is still learning what racing is all about but has plenty of ability.

“We have Mammals Magic in Race 2 and have taken advantage of Josh Gallagher’s concession claim.

“She has drawn poorly in gate eight but is very consistent, if they go hard up front, she can get home over the top of them.

“Dad’s horse, Prince Potter is in Race 3 and while his form is not flattering, he is working well on the track and the longer trip should suit him”.

Little brother doesn’t need Elder advice
Jack’s right at home in the Group Ones
Gearing up for a Star night at ‘The Big M...
Harmey mixing it with the best
About author