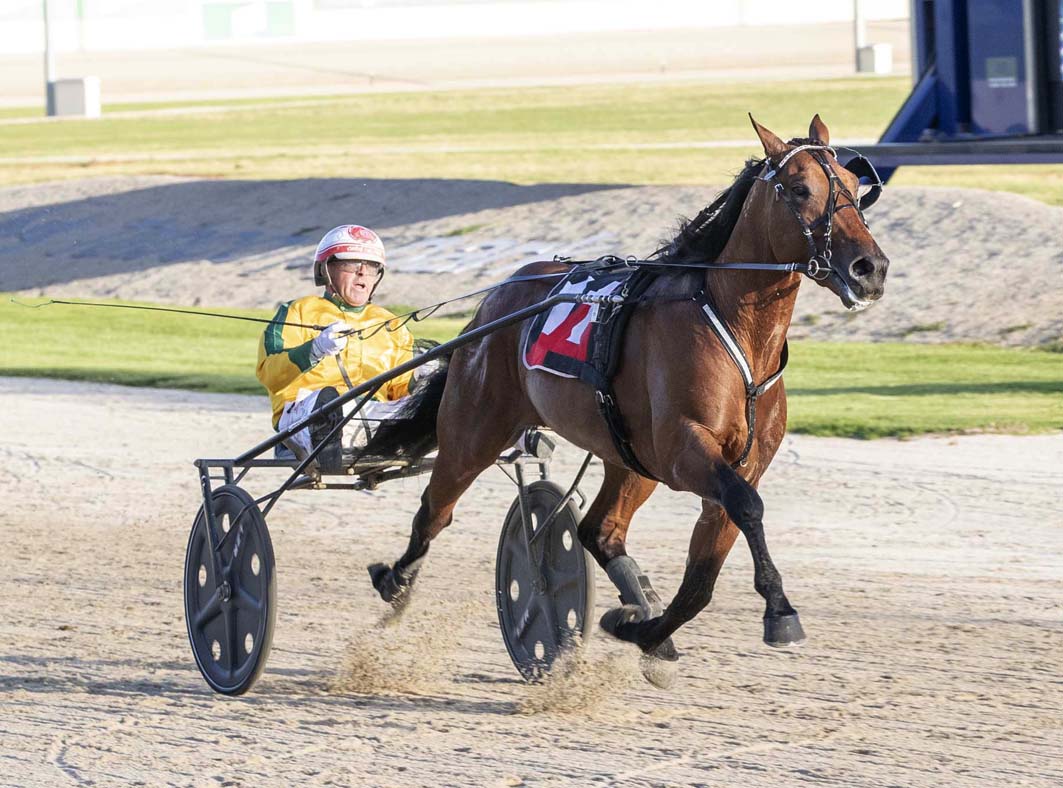 Injury-plagued star to continue rise to the top

HIGHLY-TOUTED squaregaiter Alpha Male is expected to have no trouble continuing his rise to the top this weekend. Creating a huge sensation after his...

HIGHLY-TOUTED squaregaiter Alpha Male is expected to have no trouble continuing his rise to the top this weekend.

Creating a huge sensation after his first five starts, Alpha Male’s career was all but over when injury struck during his three-year-old season.

Sidelined for two-and-a-half years, the son of Majestic Son made a one-start cameo last November before spending another five months away from the track.

Luckless during his return, Alpha Male has won his two subsequent outings by an average of 20.38 metres – an average maintained across his five victories!

Pleased with the six-year-old’s progress, trainer Emma Stewart is positive Alpha Male can complete a hat-trick when he heads to Shepparton on Saturday night.

To be driven by Mark Pitt, Alpha Male has drawn to lead throughout from the pole.

“He has always shown freakish ability,” Stewart said. “Unfortunately injury has prevented him from reaching his full potential so far.

“This time in he has taken everything in his stride, and although he is a day-to-day proposition, he is showing no signs of soreness.

“With his gate speed and draw, it is hard seeing him being beaten on Saturday night.”

Confident Alpha Male can make his way to the top, Stewart has earmarked several long term targets for the stallion.

“He’s still got a long way to go, but all being well, he can get to the highest level,” Stewart said. “At this stage everything is on the table, including the Inter Dominion at the end of the year.”