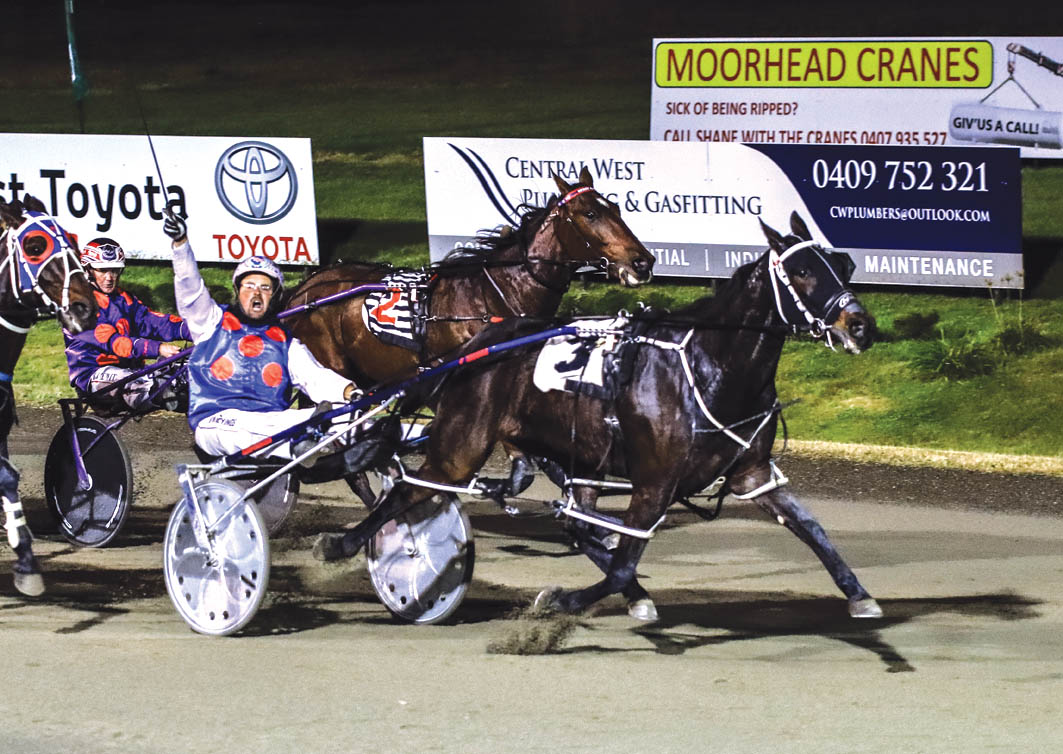 Trainer last to learn he’s a Group One winner

EVEN as you’re reading this article which was published at 8:50pm tonight, trainer Malcolm Hutchings doesn’t know he’s struck gold.

Causing a major upset in the $100,000 event, Terryrama provided Hutchings and his reinsman-son, Brett, with their initial Group One success.

Due to his work commitments, however, Hutchings will be one of the last people in the industry to learn of his triumph.

“Malcolm doesn’t even know yet,” Hutchings wife, Daphney, said. “He’s working in the North Parkes Gold Mine and can’t take his phone with him, which is sitting here on the table.

“We’ve left a message for him but he will have to wait until he comes up from the mines before he can find out what’s happened.

“I’m so thrilled and cannot wait to tell him.”

In what is a true family affair, Terryrama is owned by the Hutchings’ future daughter-in-law Sara Voveris, who is engaged to their son, Mitch.

“He spends 90 per cent of his time when he’s home with the horses and I’m so pleased for him, for the three of the boys,” Daphney said.

“They work so hard with the horses and it is not easy out in the bush when you have travel two hours to race, especially when you can’t go and watch the race.

“Mitch and Sara own the horse and have just bought a house so it’s even better.”

Eased away from barrier three Terryrama was settled towards the tail of the field as Shoobee Doo was driven aggressively to find the lead from gate six.

In a seemingly winless position when three-back along the pegs entering the back straight, the son of Western Terror was brilliantly weaved through traffic to be three-wide and moving forward approaching the final bend.

Sustaining a strong sprint Terryrama dashed to a two-and-a-half metre win from Bettor Jiggle, with Make Mine Memphis three metres away third.

With 13 placings also to his credit, Terryrama more than tripled his earnings to $74,995.

“He was bought from the internet for $800 so it shows you don’t have to spend the big dollars to still get a Group One winner,” Daphney said.