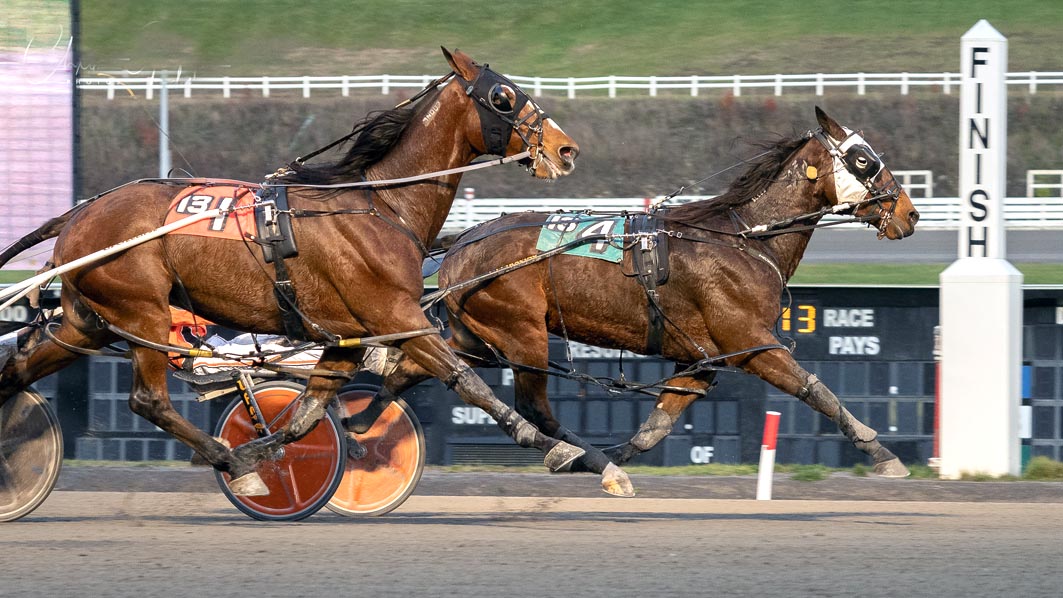 REMARKABLE veteran Dream Out Loud closed out his 14-year-old campaign Thursday at Hollywood Casino at The Meadows, and what a farewell it was. The...

REMARKABLE veteran Dream Out Loud closed out his 14-year-old campaign Thursday at Hollywood Casino at The Meadows, and what a farewell it was.

The former New Zealander registered his 10th straight victory and 21st of the season – the most of any pacer in North American in 2021.

Dream Out Loud’s effort also saw him equal classy trotter Winning Shadow for the most wins in a season.

Pacers generally must retire upon turning 15, but there are several instances where 15-year-olds may continue to race.

Marcus Marashian, who trains Dream Out Loud as well as co-owning with Tina Portfolio, has indicated the son of Bettors Delight will head to the Meadowlands to compete in amateur events, one of the permitted exceptions to mandatory retirement.

Two other 14-year-olds didn’t fare as well in their swan songs but nevertheless capped off distinguished careers.

TSM Photo Bugger led early but tired late to finish sixth to finish his racing with earnings of $880,856 from an impressive 345 starts for owner/breeder Ted Tomson and the training tandem of Karen Fread and Jan Fread.

The old boy will retire to Tomson’s farm in Brackenridge, PA, where he will serve as role model and mentor for the farm’s babies.

Another former Kiwi pacer, Poacher moved alertly to follow cover but weakened to finish seventh. He ended his career with 30 wins and $373,952 in earnings for owner-trainer Santiago Porfilio.

Sales topper makes perfect debut
APG purchase aiming to join all-time superstars
Met and beat the southern hemisphere’s best
Our form expert with all the winners for Menangle ...
About author