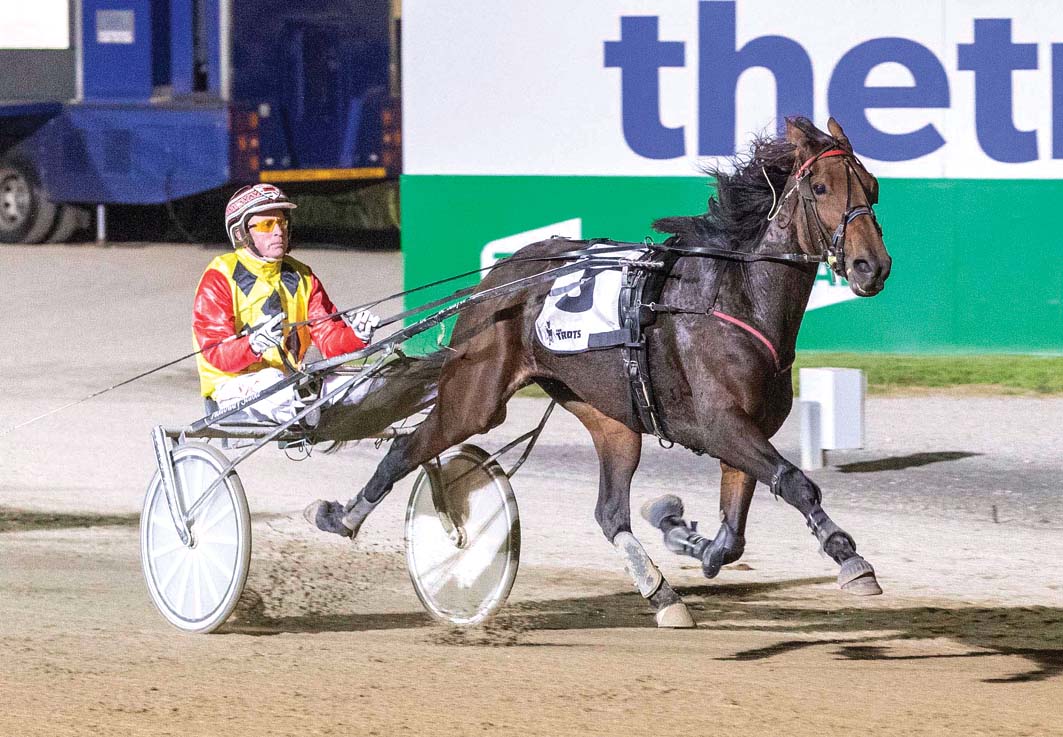 I AM PEGASUS - Photo HRV

PLANS remain modest with I Am Pegasus despite her victory at Tabcorp Park Melton tonight. Second-up from a long spell, I Am Pegasus captured...

PLANS remain modest with I Am Pegasus despite her victory at Tabcorp Park Melton tonight.

Second-up from a long spell, I Am Pegasus captured the Lyn McPherson Need For Speed Final for trainer Joe Vassallo.

Naturally thrilled with the trotter’s performance, Vassallo is yet to decide on short term options with the daughter of Pegasus Spur.

Looking further ahead, Vassallo has set his sights on I Am Pegasus’ Vicbred Super Series title defence.

I Am Pegasus captured last season’s Final in what Vassallo declared a tribute to his late mother, Mary.

“She’s a dual Group One winner now and is doing a terrific job.

“I haven’t looked beyond tonight’s race with her but will find a suitable metropolitan race next.

“Later in the season she has the Vicbred again which hopefully she will still be going well enough when that comes around.”

Driven by Chris Alford in the $50,000 decider, I Am Pegasus began quickly to lead from barrier two as Maorishadow worked on her outside.

Striding clear of the pack leaving the back straight, I Am Pegasus was forced to dig deep during the latter stages to score by a short half-head from Norquay along the passing lane.

Sights set on hometown Group One
Fast proves too quick in Group Two dash
Clash of the big guns at Newcastle
Tough assignment to round out star filly’s s...
About author